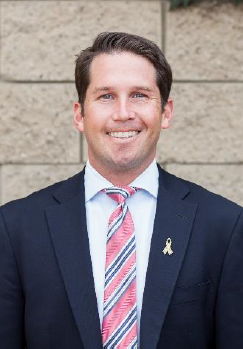 Phil, as the son of CEO Karen Berry, represents the next generation at Professional Maintenance Systems. Phil received the education to match his hands-on experience when he graduated from California State University-Chico is a Business Management major with an emphasis on Entrepreneurship and Small Business Management. After college, he went on to distinguish himself at Cintas; gaining extensive sales training and earning the Rookie of the Quarter award for the region. Phil finally joined Professional Maintenance Systems full-time, in July of 2008, to head up the enthusiastic sales team. Phil was recently promoted to President in November 2020.

Phil took on a leadership role in the autism community after his son Jack’s autism diagnosis in 2015.

To make the world a better place for his son and children like him, Phil saw the need to create positive change in his backyard and foster that change locally. He is very active in autism-related causes. He and his wife were a top fundraising team for the National Foundation for Autism Research Superheroes Race for Autism in Balboa Park. He also had a speaking role at the Autism Speaks Walk last fall. In addition to serving on the Board of Autism Speaks, Phil is an active Board member for The New Children’s Museum.

Phil feels blessed with so much, and he has so much to give back. He has a propensity to forgive and is delighted to do so. He is well-positioned to do so as the successor of a large family business in town. Working with predominantly unskilled, low-wage workers, and having a son with autism has taught him compassion. He now uses that compassion to lift all people.

Furthermore, his company reaches all industries. They clean for anyone and everyone…. schools, nonprofits, corporate headquarters, hospitals, etc. In other words, he has the ability through his profession to connect with all types of companies and to build bridges throughout.

Phil and his wife Kirsten live in Point Loma with their three beautiful children and have been active with ATPF since 2016.

Never miss out on all of ATPF's news and upcoming events!
Get our monthly e-newsletter delivered straight to your inbox.